View all posts by Minted Bold

It’s official – we’re headed to Europe this Summer! My boyfriend and I really enjoy travelling, and this will be our first international trip together. He’s been to parts of Asia and Australia, and I did a study abroad trip during college to Paris, France.

We will be headed to Amsterdam, London and Reykjavik (Iceland!) 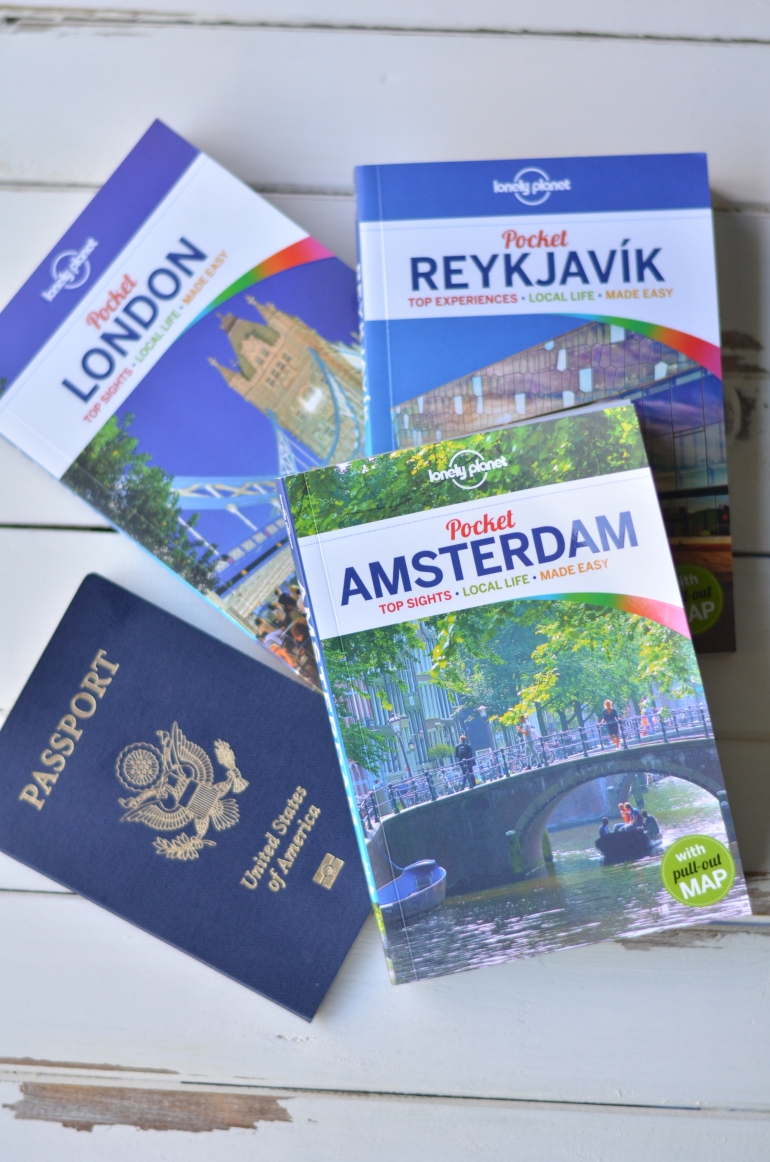 I bought the lonely planet pocket Paris book for my study abroad, and I really liked it so I bought the pocket books for this trip too.

How did we pick our destinations?

I have a friend living near Amsterdam, so that was really the perfect excuse for this trip. We knew that a two week trip was all we could do at the moment, so we just looked at what places we would want to see after Amsterdam. As much as I would have loved to take my boyfriend to Paris, I wanted to go to places neither of us have been yet.

I have always wanted to go to England – I originally wanted to do my study abroad in either England or Scotland – so London was a must. (Unfortunately I didn’t make it to London when I was in Paris, but I did spend time in Madrid and Brussels!)

And finally, the place that we get the most confused looks about – Reykjavik. Some time ago, traveling to Iceland came up as a “one day let’s see this” kind of place. After looking at flights and timing, we decided to make it happen sooner rather than later.

I am actually most excited to see Iceland because it is so different than anywhere else I’ve been.

Planning is underway and I will post more as we hash out the details.

Have you been to any of these places? What are your must see/do items for these cities?